A downloadable game for Windows

This is a prototype of a Might and Magic 6-8-inspired RPG. It features 1 outdoor area with 4 subregions, and 1 dungeon. The demo should take about 2 hours to fully complete.

I am not an artist, as you will immediately notice. I did the 2D art (poorly) and all of the 3D art is taken from various cc0/cc-by sources online.

You can find a video highlighting most of the major features of the prototype here:

You can find a full playthrough of the prototype here:

Edit: Due to a problem with Unreal's packaging, I wasn't able to export some of the code properly and had to delete it, as well as re-do most of the AI. This means that the AI can now walk on water and no longer follows you while flying, but by the time you get Fly there shouldn't be much left to do anyway.

Update 11/08/16: Uploaded v1.1 which now includes spellbook icons, so you can see spellbooks and the shop no longer crashes.

Update 11/10/16: Uploaded v1.2 which now includes the sounds for attacking and casting spells. Hopefully there are no more assets that didn't get included in the package for whatever reason.

Update 11/17/16: Uploaded v1.3 which has a fix for becoming invulnerable after dying, as well as expert alchemy not having any effect.

We are working on a game and we could use your expertise  on this project, the project i am working on involves conquering kingdoms , the battle system we want will have wars between kingdoms in 2 different phases , the first being an open battle between the player and an opposing kingdom , the next phase involves the winner of the previous battle sieging the castle of the opposing force , there will be weapons to take down towers and small forts such as catapults , after the walls have been breached , the troops will move into the kingdom and head into the castle where the castle gate has to be breached and opened by the same sieging process , after entering the castle , the opposing king must be defeated for the opposing kingdom to fall. The opposite must also be true , so the player if he loses in the first phase , he will be pushed back into his kingdom and must defend his kingdom from being sieged and taken over completely.

Downloading this to take a look. Always enjoyed Might and Maggic! 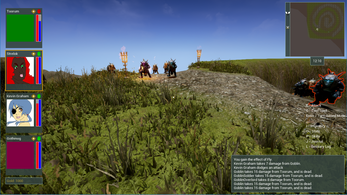 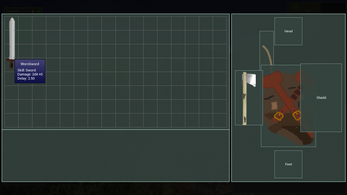 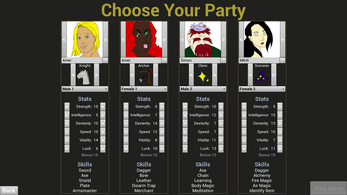 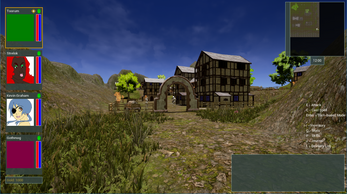